A downloadable game for Windows and macOS

Is a metroidvania action adventure platformer inspired by those classics of super metroid, celeste, super meat boy, Hollow Knight. I have been working on this game for 6 Months as of this upload. I am a college student studying Computer Science and have a pation for games and indie games as I have grown up with them my entire life.

I hope you enjoy Kratus The Awakeing, please leave comments about what you thought about the game!

so far a nice game, even though it currently feels like I am jsut going deeper and deeper without much possibility or meaning in going backtracking.

currently got the ice gun while walking aorund in dark corridors with explosives everywhere, dont exactly like that part too much.

but in general good game, will take a break for today though :-)

Thanks for the feedback! The dark part that you were referencing is honestly not my favorite either so I will change that and make that part more interesting! I would like to hear more about your playthrough as you make it further in the game!

I played a bit further,  honestly very disliked that dark part.
maybe increase the light circles radius a bit or such?
I dont know, didnt like it.

The boss afterwards wasnt nice either, but I beat him after checking the pattern.
Gladly this area itself is over, I dont know.

the very specific hitboxes of the air jump things (you know, the red stuff you have to hit in midair to jump again) were weird and I didnt like them too much.
Even though I got used to it after a bit.

I way more like the area after that. way more chill in a way.
except Stefano, he can go to oblivion with his ridiculous times :-)
beat him though, got the spell.

for the record:
how complete is the game currently?
Cause I see a ton of under construction deadends, "coming soon"s and such.

I currently cant advance "downwards" in any way, only place left for me to explore is some unfinished business in the very start area.
I will go there either way but wanted to know if the next way to go simply isnt down anymore?
or if I have seen about most of the stor line, only minor upgrades left (even though stuff in the menu seems to have a LOT of items, runes and whatnot left.
also got 2 runes so far that i dont know what to do with.

Also loving Daisy by the way <3

I played it for another bit, got some more void+health upgradesand beat the 3 stefano trials. (hate that guy -.-)

Now I am either missing something or there aint relly anything to do anymore.

by the way, you can totally refight the lab robot if you jsut talk to him again.
makes little sense but it's a thing :-)


from hat I see there are currently only a few possible ways:
but up to the VERY beginning, the first few rooms after you proved yourself to the void (but cant get there cause there was a drop that only a high or multijump could solve)
then in the first area to the left, some in active pillar thing blocking the path westwards to some new area.

and at the current very bottom, the area connecting west south east each with a teleporter to some "under construction" areas.

somewhere in between was another in construction deadend too but dont remeber the exact location.

nothing I can do anywhere, right? :-)

Hey Densch, Looks like you've basically completed the DEMO 100%, basically after the Oblivion Area and after you get Daisy that's where the Demo ends, I leave it off like this because now there are 3 different ways to go, 2 of which will be accessible right away. The area you were talking about after proving yourself to the void will be accessible after getting the double jump or wall jump which is obviously not in the demo yet. Ill also just let you know now that the next place to go after this will not be down, Responding to your earlier comment about how it currently feels like your going down with no backtracking. I want the player to after they get Daisy, to start heading back and exploring places that they couldn't go before that they can now, this is when I am kinda letting go and letting the player do their own thing.

It makes me very happy to see how much you played the game! I will listen to your feedback and improve the game with it especially on that dark park. As of right now the Runes are useless but they will be used on the Magic Anvil to upgrade and combine spells, which I don't have implemented as of yet but will be in next DEMO.

To answer your question about how complete the game is, I would say I'm 75% done with main mechanics, and than 25% done with world building if that.

I plan to spend about another 1 to 2 years on this project but I will be keeping update on my social medias so make sure to follow those, YouTube is in my itch page, and Instagram is @lemonramengames Thanks for playing my Game Densch! 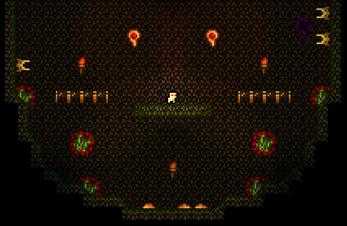 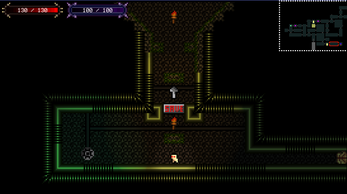 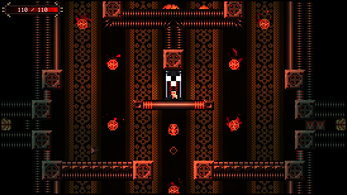 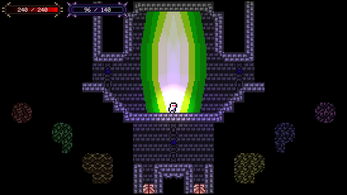 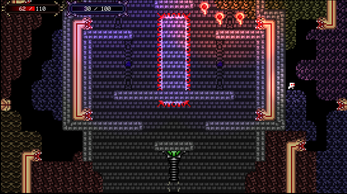